Olive oil has always been associated with beneficial properties. From the texts of classical authors, you can find direct testimonies and legendary myths that emphasize the value of this product.

Homer speaks about this in the Iliad and in the Odyssey attributing the most varied functions to olive oil.

Unquestionably, the best-known use is for food, however there is a discipline in the modern era that was taboo and which in the Grecian times existed without censorship: sex. In these circumstances, olive oil played a significant role; it was able to become a perfumed essence, a lubricating ointment and it was even considered a powerful contraceptive. 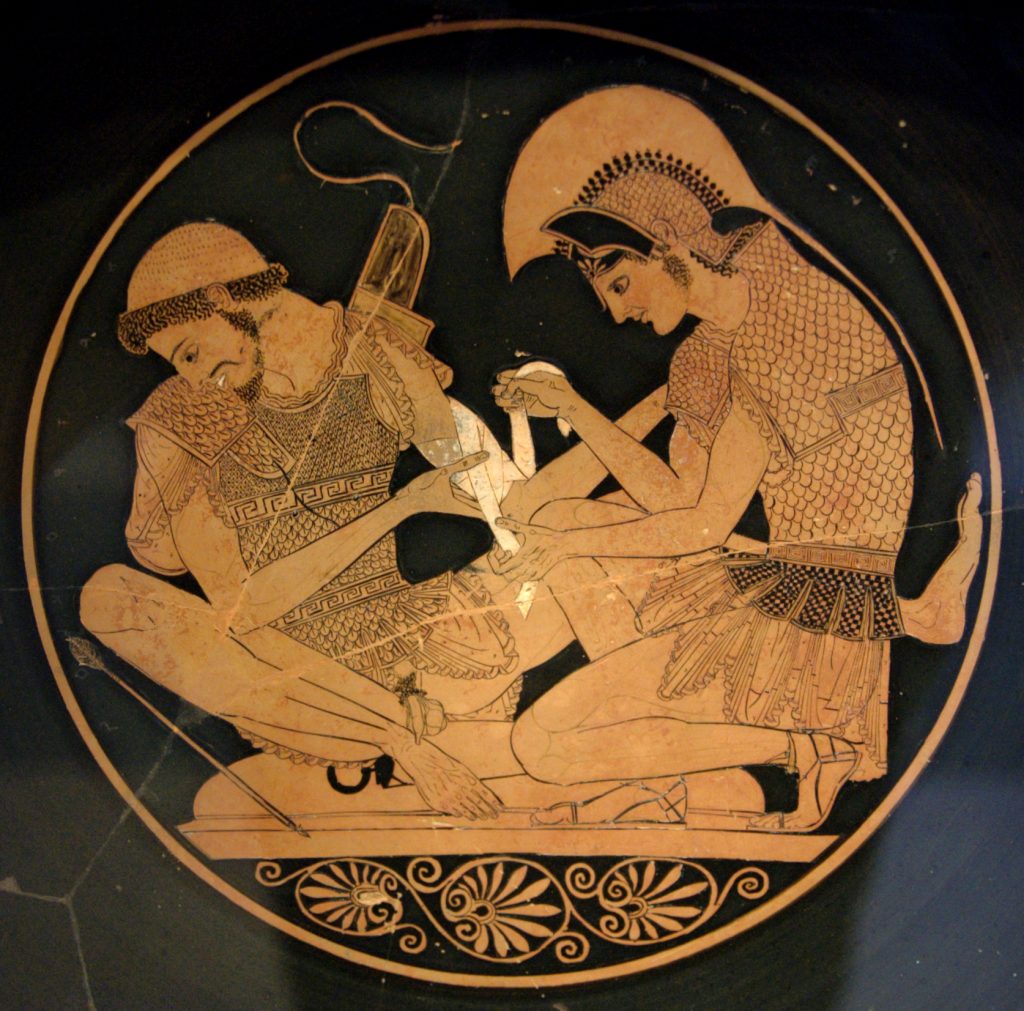 From Ancient Greece to Ancient Rome

The scientists of the time had probably not yet discovered the antioxidant, anti-inflammatory and restorative action of olive oil for the skin.

However, empirically these benefits were already widely known and appreciated.

In Ancient Greece, homosexual relations were extremely widespread. Moreover, they were not at all hidden and there was no shame in showing themselves in public with their lovers of the same sex, serenely living the sentimental adventures. Olive oil was used predominately to avoid problems related to pain and physical discomfort. In fact, today we know that is a natural product capable of minimizing the effects of some diseases, at least in the initial stages.

In Ancient Rome, great importance was given to the wedding night. The bride arrived a virgin on the expected date with her husband. The mothers advised their daughters to use olive oil so that the sudden loss of virginity took place in the least painful way.

The myth of Achilles and Patroclus derives from Iliad to the present day.
It would be difficult to believe a relationship based exclusively on friendship as the references are quite clear and everything suggests a relationship: even Achilles and Patroclus in the secrecy of the bed may have resorted to olive oil. Furthermore, it was an attendance characterized by an age difference, which at the time was by no means considered a scandal. Achilles was famous for his ruthlessness as a warrior which becomes kindness and tenderness against his brother in arms. 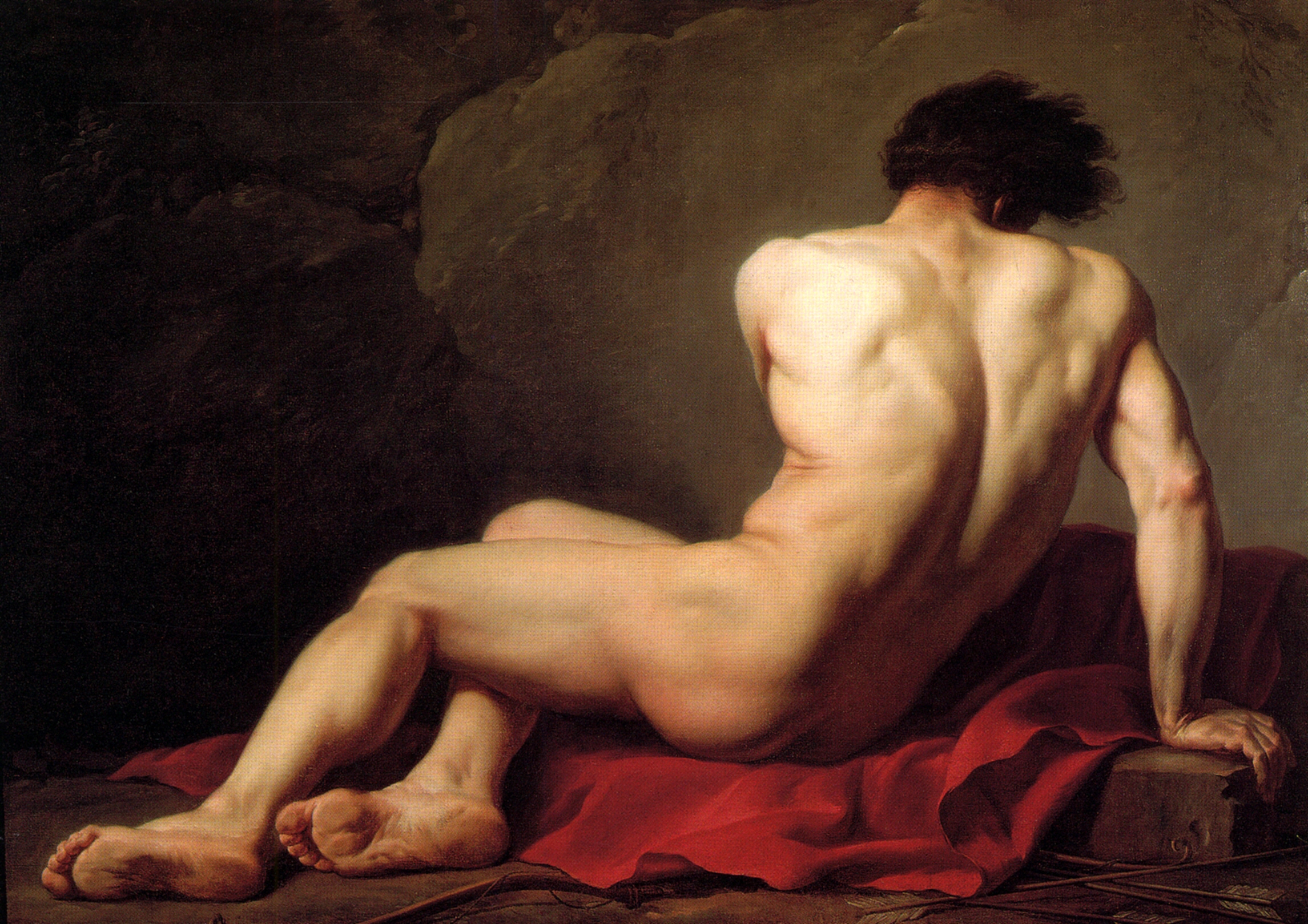 Achilles and Patroclus in the secrecy of the bed may have to resorted to olive oil.

To comprehend the centrality of the topic, just think that Ulysses’ bed itself is made from an olive tree. The plant, left to dwell, was pruned and cut, given the shape of a bed. The whole house of Ulysses was then built around this element.

Another mythological story tells us that the city of Athens had to be protected by the Gods. Athena and Poseidon started a competition and the God of the Sea violently hit the Earth with his trident and out came a very fast and powerful horse that would be able to win any battle. Instead, Athena hit the ground with her spear and gave birth to a beautiful olive tree. Zeus thought he must reward Athena for an invention that inspired peace and above all was extremely useful for retrieving medicine and feeding the Greek population. The olive tree become sacred to all Greeks and hence the city of Athens was born. 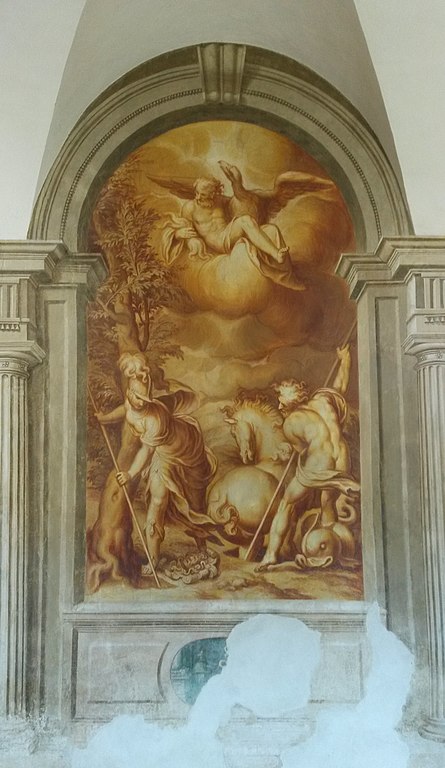 Other uses of oil that date back to ancient times

Aristotle thought that olive oil was an extremely powerful contraceptive; the preparation of an oil-based ointment would make future pregnancy less likely following the act. It should be highlighted that this type of superstition has not found any scientific confirmation.

However, the lubricating, soothing and emollient properties of olive oil are widely known. In Greek and Iliad times there are also testimonies of the use of olive oil for the preparation of perfumed essences and to lubricant the body and hair.