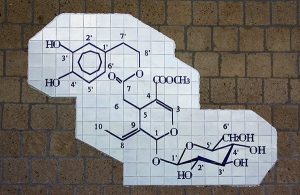 Fatty acids – Molecules present in fats which, depending on the bonding of their atoms, are defined: saturated, in fats of animal origin (butter, lard) and solid when cold; unsaturated, liquid fats and those of vegetable origin, can be either polyunsaturated (seed oils) or monounsaturated (olive oil).

Free acids – A fundamental parameter for the classification of extra virgin olive oil, it measures the percentage of free fatty acids and hence the stable value of the oil; it can only be established through analysis and is not assessable in organoleptic tests (extra virgin: 0.8 %).

Alpha-Tocopherol – Found in substantial quantities in extra virgin olive oil and an evaluation of its presence makes it possible to calculate its important Vitamin E content.

Stripping – Technique whereby the olives are hand-picked from the trees. Nowadays this is done with the use of fruit stripping pneumatic rakes.

Centrifuge – Of various types and sizes, this is a phase of fundamental importance in the ‘continuous cycle’ processing system. The horizontal extraction centrifuge, or Decanter, receives the paste from the malaxation machine (‘gramolatrice’) and proceeds to separate the solid residue (‘sansa’) and vegetable water from the oil; the final centrifugal separator separates the extra virgin olive oil from the last watery residue and from any remaining suspended particles.

Waxes – These are compounds that are present in the protective covering of the leaves and fruit of plants. A high wax content may indicate the illegal presence of olive residue oil (extra virgin: max 250 mg/kg).

Minor compounds – Although these compounds represent a very small percent (1-2%), there are more than 200 of them and are still the subject of study, they are of fundamental importance for the value of the oil, for its varietal character and for its organoleptic and nutritional qualities. They make up what is known as the ‘unsaponifiable fraction’.

De-stoned – This term is used to indicate an oil made from pulp only, after the de-stoning of the olives. This is a recent production practice that aims to obtain a more powerful antioxidant effect and improved expressive delicacy, but which does not always produce the desired results, which are sometimes interesting.

Fiber discs – These are the discs on which the olive paste rests during the pressing phase, in the traditional extraction method. They are flat discs with a hole in the center so that they can be stacked on the shaft that will then be placed under the press.

Mechanical mills – Modern milling machines, used in the ‘continuous cycle’, these may either be disc or hammer-operated and the choice of mill type already determines the expressive style of the oil.

Malaxation – This is the processing phase that follows milling, during which the paste obtained is remixed by a mechanical arm in a horizontal cylindrical container. This process releases the oil from the pulp cell tissue (vacuoles) thereby improving the yield, but it must be carried out with great milling expertise in order to prevent the temperature from rising above 27°C, leading to dangerous oxidation phenomena.

Coloring – Ripening of the fruit, which starts with the yellowing and reddening of the olives (surface coloring) and proceeds until the olives are completely dark (deep coloring). Harvesting should never take place during the second phase, but should be concluded during the ripening process of the drupe, thereby capturing the maximum possible vegetal expression of the olive.

Millstones – Wheels made of granite or a similar stone traditionally used for the milling of the olives; emblem of history of olive oil, the miller requires great experience to handle them well.

Percolation – Extraction system through ‘surfacing’ (Sinolea method) which exploits the different surface tension between water and oil in order to collect the oil that separates naturally from the water. This phase is always followed by centrifugation. Its use is limited to a small number of producers.

Peroxides – Compounds generated in the oil by a reaction to oxygen, the measuring of which provides an important parameter for assessing state of oxidation and poor storage of the oil (extra virgin: max 20 meqO2/kg).

Smoke point – This signals the transition of the oil from a liquid to a gaseous state, i.e. the beginning of ‘pyrolysis’, the breakdown of the molecules due to the excessive heat to which the oil is subjected. Harmful and unpleasant.

Shakers – Mechanical machines equipped with an arm and a large umbrella underneath which subject the trunk of the tree to extremely high vibrations in order to detach the olives, which are then collected and sent to the mill.

Phenolic substances – Powerful antioxidants, found in large quantities in extra virgin olive oil and responsible for the bitter and spicy sensations. They are of fundamental importance for their nutritional value, for their power to combat cell aging and for their protective action against tumors.

Cold pressed – A very widely found caption, often incorrectly interpreted, which should indicate a production in which a precise temperature limit has been observed (indicatively, max. 27°C) during the processing of the olive paste in particular, and throughout the entire cycle in general. So this is more likely to apply to ‘continuous cycle’ processing, as opposed to ‘traditional’ processing.

Triglycerides – Fats deriving from the bonding of three molecules of fatty acids with one molecule of glycerol. They are important energy sources and transporters of fat-soluble vitamins. The stability of the bond is fundamental for the value of the fat over time; the analysis parameters (extra virgin: max 0.2%), if exceeded, can reveal the presence of seed oil.