Skip to content
View cart “I&P Apron” has been added to your cart.

From its very distant beginnings, the many qualities and potentialities of olive oil have been revealed, which have come to us as ancient and modern methods of use, from cosmetics to combustion, from sacredness to physical well-being, from medicine to nutrition. 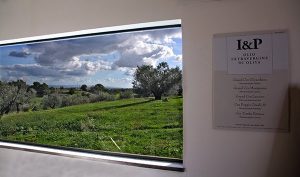 So let us try to examine its many possible applications, perhaps beginning with the very health effects of its components.
Even in pregnancy, where specific nutrition needs appear to support it, and from weaning onward, extra virgin oil should be favored in the seasoning of baby food and meals in general. Its high intake of mono-unsaturated (oleic) and essential (linoleic) fatty acids ensures energy and high digestibility, as well as promoting development; its composition is the closest to breast milk fats and its richness in vitamin D supports bone calcification.

For the same reasons it remains one of the key foods in any sports diet combining the ability to reduce digestion time with counteracting gastric acidity. The oil through its beneficial effect on mucous membranes protects against the risks of ulcers, while its natural laxative action aids the solution of chronic constipation.
In the prevention of cardiovascular disease, linoleic acid promotes the elimination of cholesterol and the reduction of LDL cholesterol, limiting arterial sclerotic changes; while several studies have now proven that the habitual use of extra virgin prevents the formation of cancers (especially colon and breast).

The phenolic richness of extra virgin is an invaluable treasure to combat cell aging; combined with the presence of vitamin E it creates an unparalleled natural defense capable of preventing cellular damage caused by ‘free radicals,’ especially those that threaten skin tissue and hair.

Therefore, from these last notes, the value of the oil in the field of cosmetics and wellness also becomes very clear; massages, beauty masks, various ointments and creams, soaps and balms place it among the main and most effective ingredients.

A step back in time takes us back to the sacred use of oil (rituals, functions) such as for lighting lamps (not coincidentally, the lowest classification calls it ‘glaring’) and even today the use of fuel oil is widespread.

But let us finally come to analyze the role of extra virgin olive oil on the table and in the kitchen, an indispensable component of our daily diet and Mediterranean gastronomy.

The unanimously acknowledged plus of extra virgin is that it imparts fragrance and flavor to dishes, enhancing their expression and palatability, as well as fostering harmony in the complex overlapping of numerous ingredients.

However, a clear distinction must be made between hot use, in the various forms of cooking and raw use, which allows the nutritional benefits already mentioned to remain intact.

The latter is the true marriage of choice with every type of food, from vegetables to fish, from meats to pasta and risottos; perhaps only fruit remains outside the long list of foods in which the classic final drizzle of oil brings that naturally unparalleled touch of personality, exploding into an incredibly wide range of scents and flavors.
Not to mention the excellent preservative value that raw oil also expresses in under-glass packages of vegetables, greens, fish, etc.

To better evaluate its use in cooking, it should be considered that heating promotes fluidity but also rapid oxidation which, although countered by phenolic components can significantly limit its freshness, vitamin intake and digestibility; these less positive transformation factors are strongly influenced by the duration and temperature of cooking.

Sweet and short cooking times are therefore favored, which we can apply to sautés and sauces, while for roasts and stews the time will be lengthened; hence the possibility of using a modest amount of oil at the beginning of preparation, looking for the emulsion effect and then adding a new step raw in serving the dish that will be definitely enhanced.

To consider that, in some meat recipes we may already count on the presence of fatty portions present in the cut used and that it will still be possible to add some at any time during cooking, given the almost immediate amalgamation capacity that oil possesses.

A true extra virgin fruits so much, let us learn to apply sensitivity and wisdom in its daily use; we will reap benefits in taste, health and wallet, without sacrificing quality and typicality.

But the technique most strongly linked to the use of oil is certainly frying, i.e., that in which food is immersed to cook at high temperatures, between 140° and 180° and even here extra virgin turns out to be the winner, as it maintains its ‘smoke point’ (threshold of tolerance beyond which harmful degradations are created) at about 200° compared to seed oils, margarine, butter, lard. We are talking about convention cooking, where the strong external heat causes the food to release liquid and/or transform certain ingredients until the typical crispy surface is generated.

There are foods that go directly into oil (potatoes), others that succeed better with a light flouring beforehand (small fish, squid); if you then also pass them in beaten egg, you get the so-called browning that can be applied to numerous vegetables (zucchini, artichokes, eggplant, onions) as well as other foods (brains, sweetbreads, cottage cheese).

Steeping in egg and then in breadcrumbs generates breading which is perfect for sliced meat, lamb chops, chicken, rabbit, supplì. While the use of kneading foods is instead across the board and can be applied to vegetables (broccoli, stuffed zucchini flowers), fish (cod fillets) and the creation of savory or sweet pancakes.
Some important rules of good frying:

These are the values of extra virgin, an ancient food always in step with the times, an absolutely healthy and therefore incredibly modern condiment, which today finds further frontiers of use where sensitivity and taste can exalt themselves in new challenges.

Like that of signature cocktails, recently tackled with sagacity by one of Italy’s most intriguing bartenders, Massimo D’Addezio of the Stravinskji Bar at the Hotel De Russie in Rome. With a pinch of courage and good intuition, extra virgin therefore enters straight into the mix of the classic Bloody Mary, tying in with the presence of tomato, perhaps fresh and garnished with unfailing basil but it can also flavor a suave celery parfait to be placed alongside the explosive Red Snapper. Now that we are now in open ground the range of possible pairings expands giving space to typical vegetable fritters in combination with the various Martini recipes, up to the (apparently) sacrilegious conjunction of the savory Margarita to bruschetta with Canale Monterano bread (unsalted, wood-fired, sourdough) and a decidedly herbaceous extra virgin olive oil.